The Man of Sin is a hot topic for all kinds of speculation, but we see he was likely an important first-century temple official who enabled the radical zealot movement which plunged Israel into war with Rome.

We are seeking to strip away the false assumptions and unbiblical “traditions of men” that hinder understanding the nature of “the Day of the Lord” or “the second coming,” as it is commonly called. The meaning of this event is obscured by futuristic assumptions and must be comprehended using a sound, contextual hermeneutic allowing scripture to interpret scripture. We are espousing “fulfilled eschatology”. 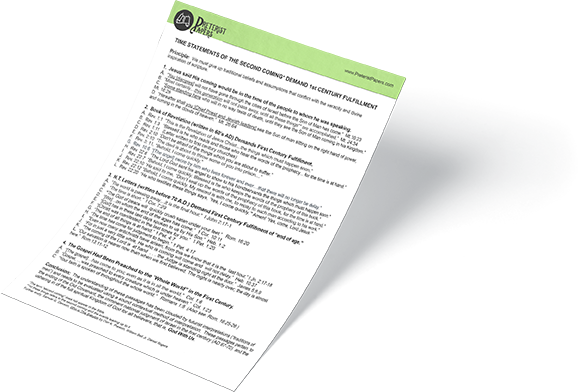